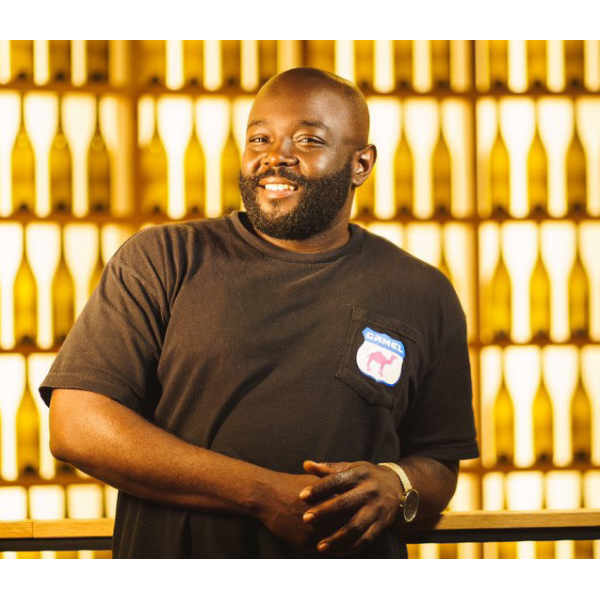 Reg Thomas has been building his reputation in comedy for nine years and has traveled the country opening for some of the biggest names in comedy including HBO’s Insecure; Amanda Seales to Chris Redd from Saturday Night Live and Comedian CP. His comedy style is very versatile and relatable. Some of his comedic  inspirations include Dave Chappelle, Chris Rock and his Haitian immigrant parents. Reg’s comedic talents have been commissioned by media companies such as BuzzFeed, Complex Media and Atlantic Records over the years. Reg is always writing and working on new material or hosting at the famed Comedy Cellar.  When he’s not on the road you can find Reg on stage working on his comedy brand and show; kProductively Stoned.

Doors will open 15 minutes prior to the show time. The closest parking garage is 805 S. Caroline Street Baltimore, MD 21231.

BYOB limited to a bottle of wine or six pack of beer per guest. 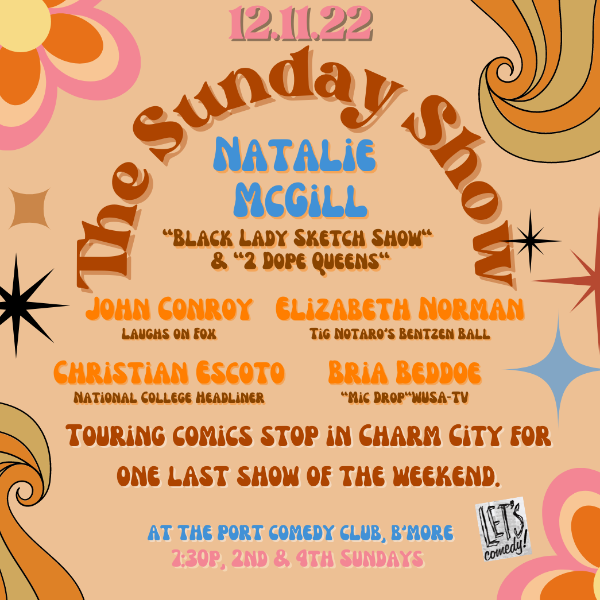 "The Sunday Show" brings together great touring comics for one last show of the weekend as they pass through town.  Hosted & Produced by Blaire Postman and Alexis Madrid of Let's Comedy.
December 11 lineup:

BYOB and FOOD. Abbey Burger (restaurant next door) will now deliver food and 32-ounce canned drafts to your table! 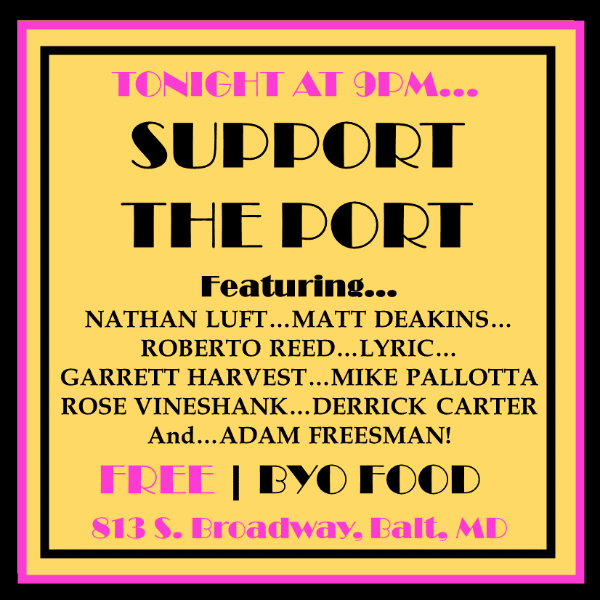 Every Tuesday The Port Comedy Club is proud to present a free pro showcase featuring some of the best comedians working in the DMV! You may have seen these comedians working The DC Improv, Magooby's Joke house and much more!

This is one high-octane line up of pros that WILL NOT leave you disappointed!

Doors will open 30 minutes prior to the show time. Seating is first come, first served. Reserve a seat here to guarantee a seat! The closest parking garage is 805 S. Caroline Street Baltimore, MD 21231. 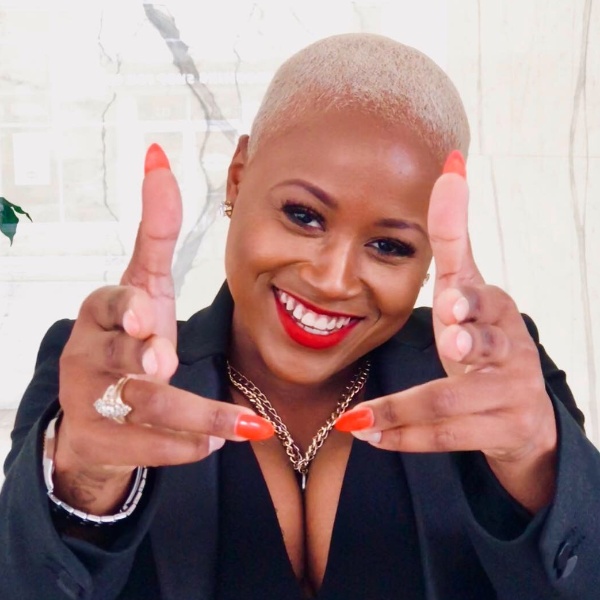 THE HEADLINER: Paris Sashay is a comedienne, actor, writer and producer from Washington, DC, currently residing in New York. Her command as a seasoned storyteller makes even the mundane experience feel like an adventure. Audiences across the country fall in love with her infectious laugh, wit, and style.

Nothing can stop Paris’ ascension to stardom, unequivocally one of the funniest rising comediennes with highlighted performances at Just For Laughs Festival in Montreal along with appearances on Comedy Central, Pause on HBO Max, and BET 50 Central. Tiffany Haddish mentioned Paris on the most recent season of her Netflix comedy specials ‘She Ready’. Her comedy special can be seen on ‘Unprotected Sets on EPIX’ produced by Wanda Sykes.

Paris has worked with Micheal Che, Dick Gregory, Wanda Sykes, Lil Rel, and Roy Wood Jr. offering her piercing insight on issues of the day. Just to name a few places, she’s performed  at The Howard Theatre, The Kennedy Center, Caroline’s on Broadway, Hollywood Improv, The Comedy Store and is a regular at The Comedy Cellar.

She recently debuted her comedy album ‘My Honest Ignorance’ on all streaming platforms which ranked #1 on Itunes upon release! As well as her viral TIK TOK comedy video ‘Im Picky With My Gay’.

She triumphantly debuted at the DC Improv only days after losing several teeth in a brutal attack by a toxic man sexually harassing her on the street. In 2016, Paris launched the #TeethAndTittiesCampaign raising awareness about violence against women.

She has been a panel member on “Wild’n Out Wednesday’s with Roland Martin” on TV One, BET, Comedy Central, EPIX and interviewed on Fox 5 DC, NBC 4 Washington, and WUSA 9 regarding her assault. Additionally, Paris frequently serves as a motivational speaker, having the honor of being the 2013 and 2017 Commencement Speaker at The Foundation School in Gaithersburg, MD. 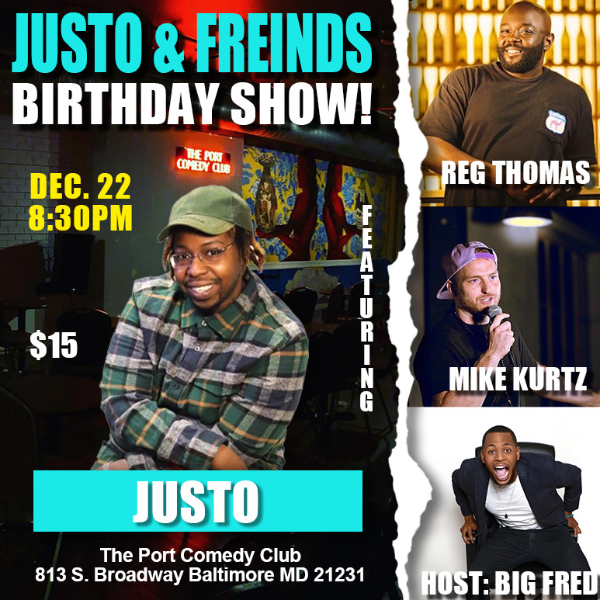 Justo and Friends features some of the funniest comedians in the DMV along with comedians seen on Netflix, HBO, or Comedy Central. Come to Fells Point Newest comedy club to celebrate one of the DMV’s rising stars birthday, Justo!!

Justin “Justo” Brooks is a professional comedian and writer. His witty, energetic, and thought provoking comedy is definitely a must see. In 2020 he has won first place in 3 comedy competitions including the 2020 Magoobys New Comedian of the Year. In 2021 Justo has won a spot at the famous Laugh Factory by winning first place in the club’s open mic competition. He has also opened and hosted shows for TJ Miller, Bill Bellamy, Deray Davis, Sam Jay, Tony Rock and have featured for Eddie Griffin, Flame Monroe, Bryan Callen.  His experiences has helped shaped his humor and outlook on life and has quickly risen to be one of the hottest young comedians out of the DMV area.

BYOB and FOOD. Doors will open 30 min prior to show. Abbey Burger (restaurant next door) will deliver 32-ounce canned drafts and food to your club table! 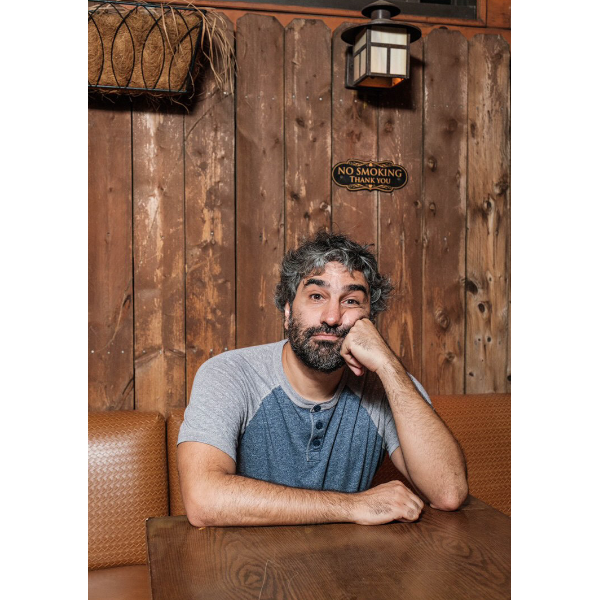 Originally from New Jersey, Anthony DeVito is a NYC-based comedian. He’s appeared on CBS The Late Show with Stephen Colbert, Comedy Central Stand Up Presents: Anthony DeVito, Comedy Central’s Adam Devine’s House Party, was one of the “New Faces” at the 2012 Montreal Just for Laughs Festival, has been on “This American Life,” AXS TV’s Gotham Comedy Live, and in 2022 independently released his latest special Brain Noise. He also released two albums Dream Occupation and Brain Noise. In addition to stand-up, he was a writer on Netflix’s The Break with Michelle Wolf, wrote for the 2018 White House Correspondents Dinner, and was a writer/regular panelist on MSG’s People Talking Sports and Other Stuff. He also has appeared on TV Land’s The Jim Gaffigan Show and HBO’s Pause with Sam Jay. 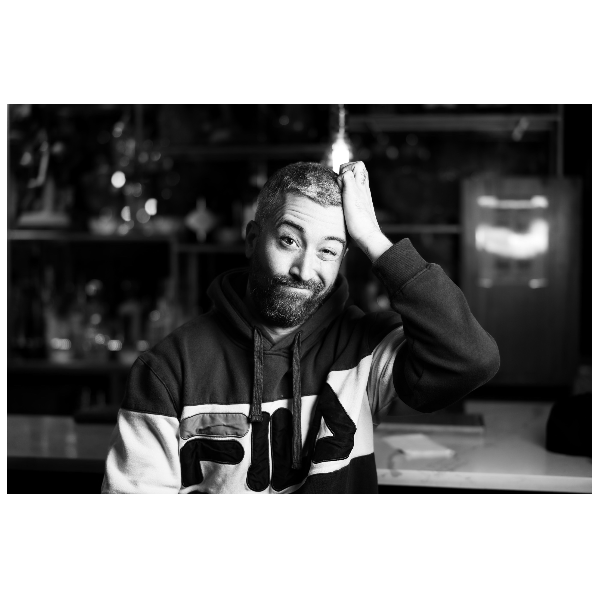 Mike Cannon is a New York City based comedian, podcaster and actor. In May of 2022 Mike released his second Independently produced comedy special - WHITE PRIVILEGE HOMELESS - on Youtube where it received thousands of positive reviews from fans, comedians and critics alike. His debut comedy special – LIFE BEGINS – was released in January 2020 on YouTube and earned a spot on Laugh Button’s Top 35 Comedy Specials of 2020. The album – LIFE BEGINS – was released February 2020 through 800 Pound Gorilla Records. It was recognized as one of Interrobang’s Top 11 Albums of 2020 as well as one of Sirius/XM Raw Dog Radio’s Top 10 Comedy Albums of 2020. Recently, Mike earned critical acclaim for his acting as the lead role in the feature film Timing on Amazon Prime. Mike’s first comedy album – I Think It Just Kicked In – debuted at #1 on the iTunes comedy charts and #7 on Billboard comedy charts and has over 5 million streams on Pandora. Mike appeared as a guest on the popular Barstool Sports series Friday Night Pints and Answer The Internet, a guest on Comedy Central’s Stupid Questions with Chris Distefano, an actor on Blake Griffin’s Double Cross on TruTV, a panelist on Comedy Central’s The Nightly Show with Larry Wilmore, a talking head on TruTV’s Greatest Ever, a sketch performer on TruTV’s Top Funniest, a comedian panelist on MTV’s Failosophy and Money From Strangers, a regular guest on Fox’s Red Eye, a talking head on MSG’s The Bracket, and was a contributing writer and performer for MTV2’s Guy Code. He is a regular guest on several Sirius/XM Radio shows including The Jim Norton and Sam Roberts Show, KFC Radio, Barstool Radio, and Barstool Breakfast, The Bonfire with Big Jay Oakerson and Dan Soder and Bennington. Mike is co-host of Here’s the Scenario podcast and host of two digital series - Heads Up with Mike Cannon and Mike Takes Edibles. Mike has been a guest on several popular podcasts including Andrew Schulz’s: Flagrant 2, Girls Gotta Eat, Chrissy Chaos, KFC Radio, Are You Garbage?, Robert Kelly’s You Know What Dude!, Stuff Island, Doug Benson’s Getting Doug with High, Ari Shaffir’s Skeptic Tank, Jim Norton’s The Chip Chipperson Podcast, Joe List’s Mindful Metal Jacket and Jessica Kirson’s Disgusting Hawk. He’s also been a guest on Dad Meat, History Hyenas, OOPS The Podcast, Legion of Skanks, The Dad, Calta and Kelly, Comedy Cellar Nightly, and Opie Radio. In March 2017, Mike performed stand up on AXS Gotham Comedy Live with host and comedy icon (and first time stand-up performer) Fran Drescher. He was a finalist in the 2016 and 2014 New York Comedy Festival’s “NY’s Funniest” contest. Previously, Mike hosted the long-running Irish Goodbye Podcast and the popular weekly web-series The Weed News with Mike Cannon. He was a co-host of Cosmopolitan Magazine’s series Sexy vs Skanky and a featured performer on VH1’s Why Am I Still Single? Mike is always developing new material. He regularly tours the country, and, when home, he plays all the major New York City clubs including the Comedy Cellar and New York Comedy Club. It makes no difference to him whether he’s performing in a club, a bar, a casino, an elevator (done that twice), a parking lot, a rooftop, on a fake beach in front of a freight train, or in technically-legal underground speakeasies, comedy is his life. Mike is dedicated to making the majority of you laugh and the rest of you confused, yet oddly satiated. 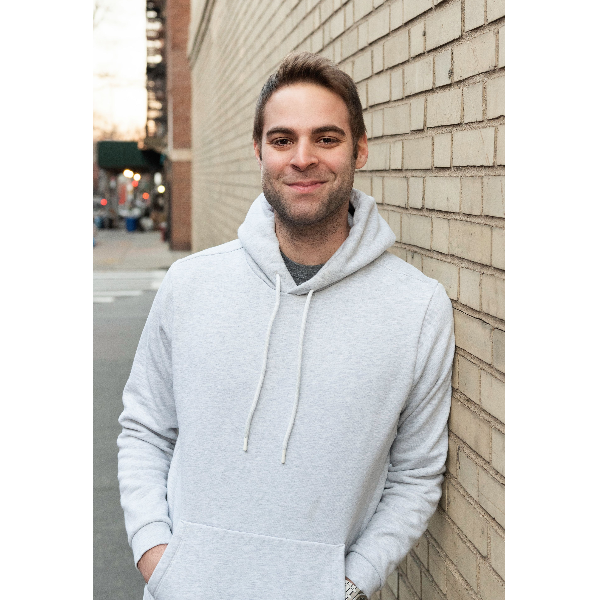 Eric Neumann is one of the fastest rising standup comedians in the United States. In February 2022,he made his late night debut on The Tonight Show Starring Jimmy Fallon on NBC. He has recorded three albums/specials, Nervous Lover, Just A Phase, and, most recently, But Enough about Me: A Crowd Work Album. All three reached number 1 on the iTunes Comedy charts and are currently playing on Sirius XM Radio. He has appeared on Season 3 of Comedy Central’s This Week at the Comedy Cellar, as well as Season 1 of The Iliza Shlesinger Sketch Show on Netflix. In 2021, he was featured in The Jerusalem Post as “one of the Jewish comedians who stayed relevant during theCovid-19 pandemic.” He is currently on a headlining tour performing at major comedy clubs across the country. When not touring, Eric lives in Manhattan, where he is a regular at the Comedy Cellar.